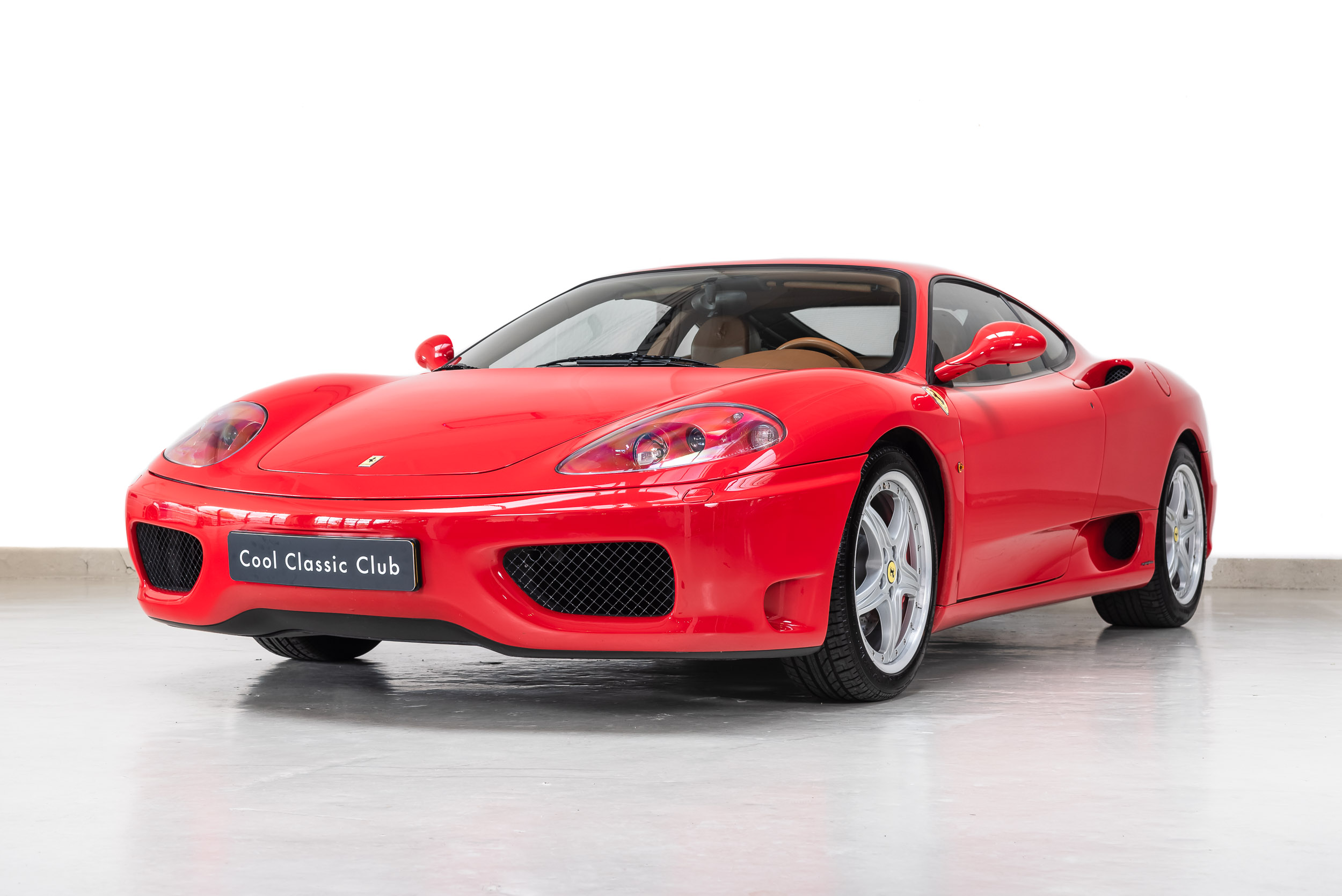 The Ferrari 360 Modena. In our opinion, one of the last real Ferrari’s. Nowadays, you step into a Ferrari with the Portofino, which has a 570 bhp turbo engine. The Portofino has bluetooth, an automatic two-zone air conditioning system and resonance speakers in the intake to emphasise the sportiness. These days speed is relative and looks great on paper, but experience is missing. This used to be different; a screaming, high revving engine and sloshing cooling water you hear behind the back. And above all, the feeling that it is you as a driver who makes the difference, not the technology.

For us, the 360 is an example of where Ferrari applied modern technology, but also focused on the experience. When you get in, there are few options or buttons to distract you. It is all about driving and the emotion that comes with it. The growl of the 3.6 litre V8 is unbeatable. It’s not until 8,500 RPM that all 400 surging horses are released. The Ferrari 360 coupé was christened Modena, named after the birthplace of Enzo Ferrari.

Pinifarina proved itself once again with the design of the 360. The frame is made entirely of aluminium and the body has almost no spoilers or other ostentatious elements. This was due to the closed base plate, which provides downforce at higher speeds.

Our 360 Modena originally came from Italy and has only driven 44 thousand kilometres. All its booklets are of course present and its distribution was replaced at the end of 2017, just under 9,000 kilometres ago. And then something with a Modena red icing on the cake; she has a manual transmission.

Looking for a down-to-earth, no-nonsense supercar with looks that get better every year? An atmospheric engine that unfortunately has to place itself on the ‘endangered species’ list but which sounds and performs incorrigibly? This is it. At our clubhouse!