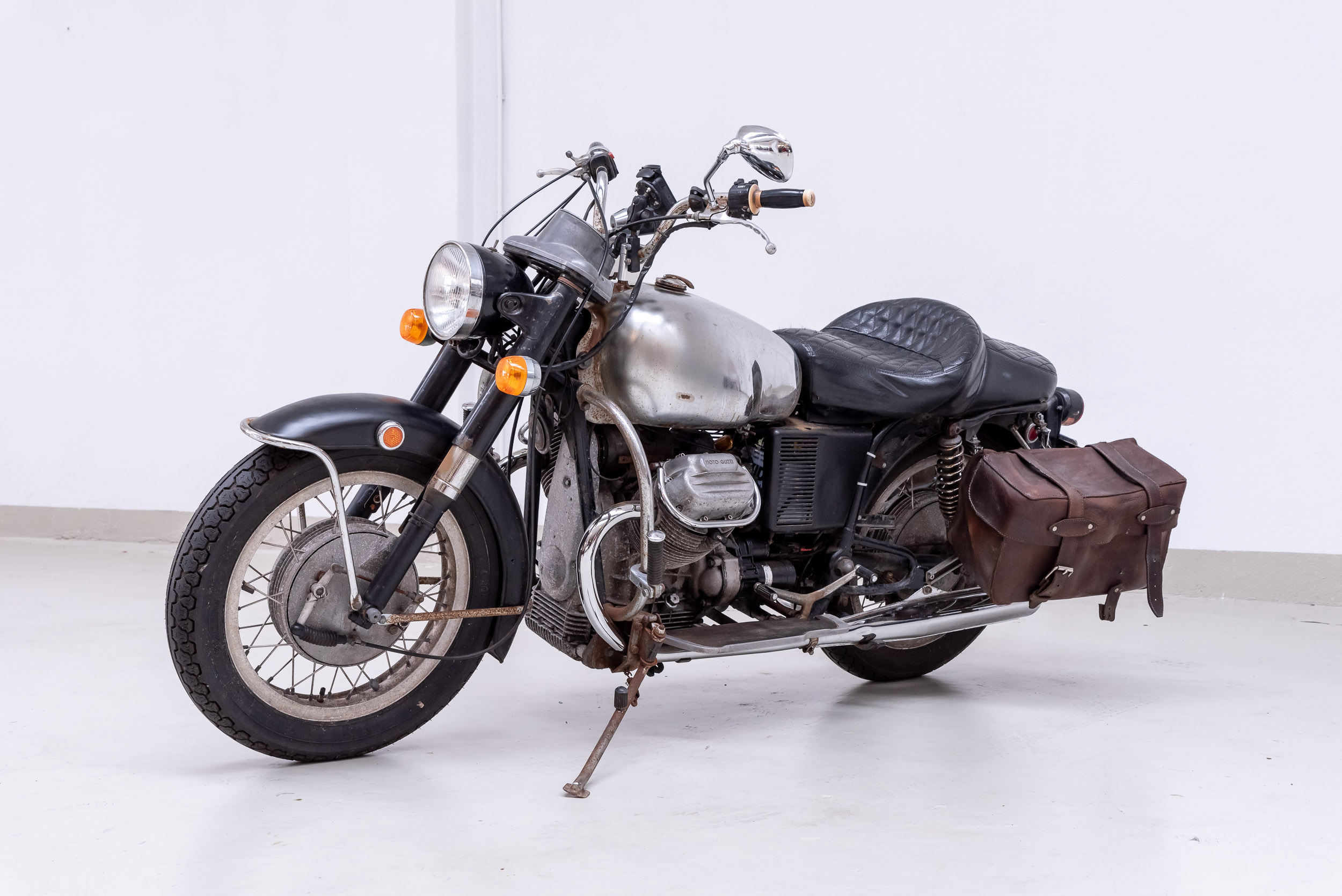 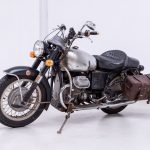 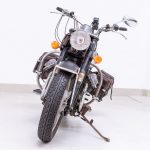 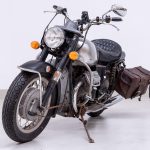 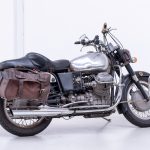 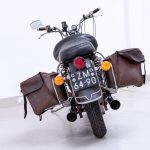 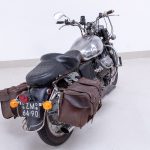 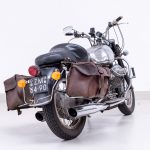 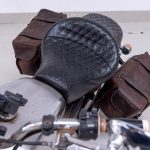 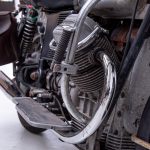 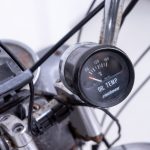 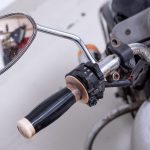 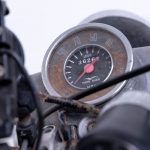 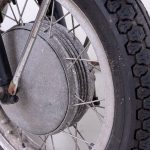 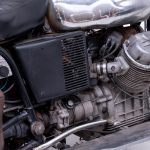 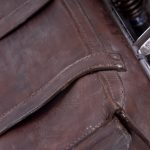 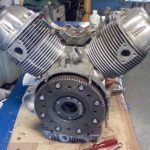 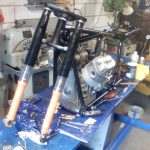 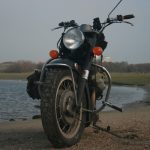 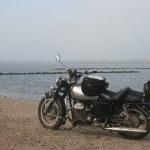 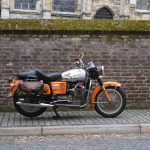 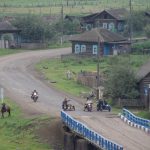 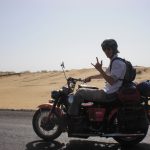 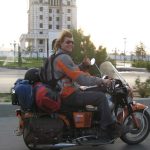 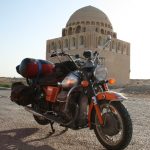 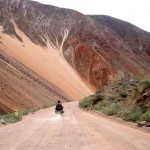 The Moto Guzzi V7 Ambassador has been in the possession of the current owner since 2006. In 2007 & 2008 it was completely restored in collaboration with Moto Guzzi specialist Jan Robers Motoren: the engine (now 850cc), gearbox and drive shaft were overhauled, the frame was powder coated, all parts on and off the engine were replaced and the wiring loom was renewed. New front and rear shocks were also fitted and the brakes overhauled. This was done to make the bike ‘travel’ ready to ride to Beijing via the Silk Road. After the trip, the bike was restored by Jan Robers. Since then, the motorcycle has been used very little.

The bike is technically and electronically in very good condition. Since the engine overhaul and gearbox revision, the Guzzi has only covered 30,000 kilometers. During the revision there has been much attention paid to the prevention of technical problems. For example, the crankcase has been made suitable for an oil filter, the carburettors have been renewed, modern switches have been placed on the handlebars and the throttle has been replaced by a Tommaselli throttle (which makes the chance of cable breaks much smaller). The bike also has some wonderful and practical details, such as the long running boards, a windshield, long side stand, ground switch, 12V power outlet and tank bag. A few years ago, two beautiful Lafranconi mufflers were purchased. These were recently installed along with a new battery.

Due to the long journey and years in the garage, the chrome has had little attention. Also, the KM counter and tachometer are broken. The custom saddle from the USA is beautiful, but unfortunately the seat plate has rusted a bit. The bike comes with many spare parts, as well as those that have been replaced in the last 12 years but may still be useful in the future. All invoices and a 2008 valuation report are present.