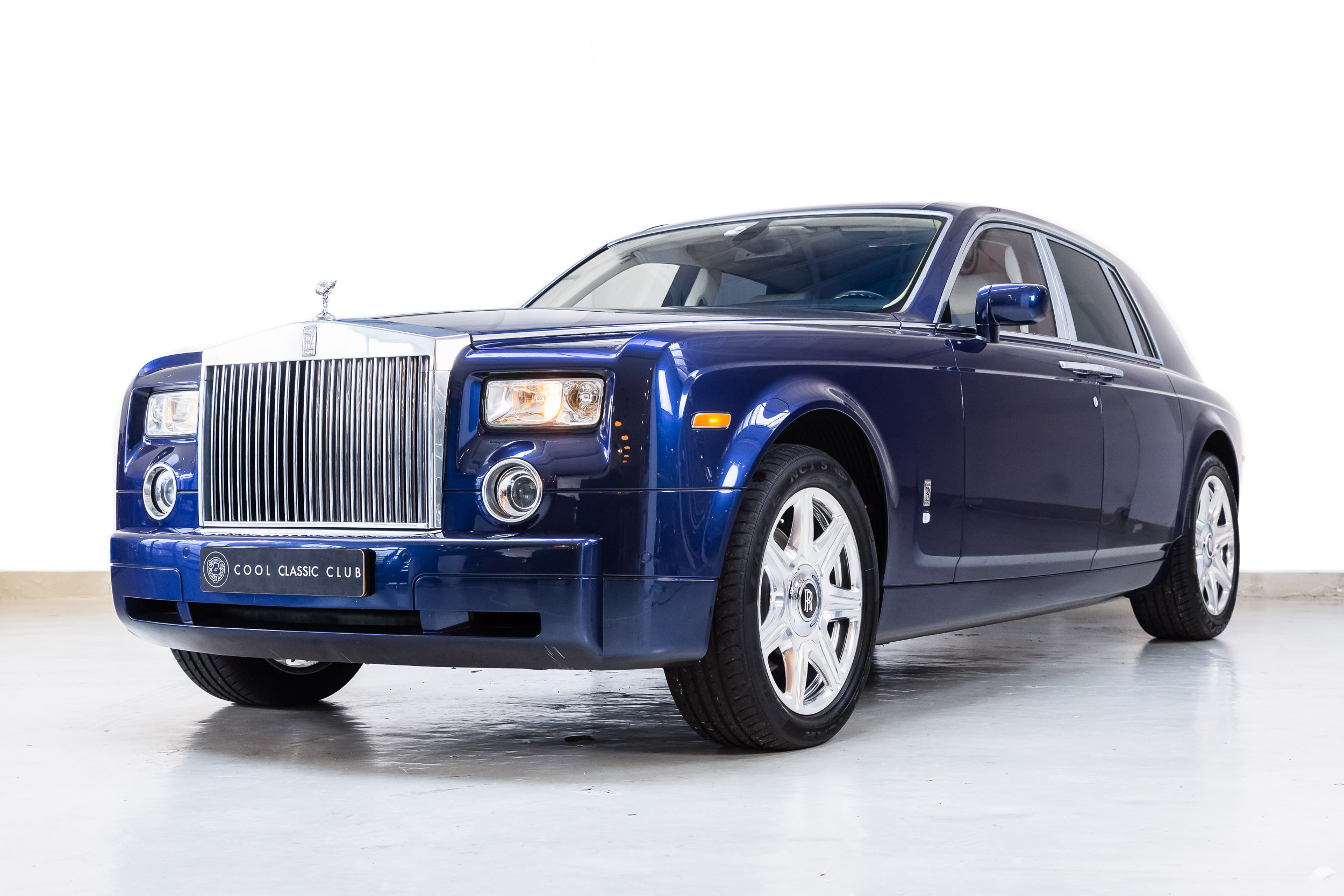 ” Strive for perfection in everything. Take the best that exist and make it better. If it doesn’t exist, create it. Accept nothing nearly right or good enough.” – Henry Royce

The Rolls-Royce Phantom called the 2003 among enthusiasts. This was the first Rolls-Royce developed under the wings of BMW. In 1998, Rolls-Royce was sold along with Bentley to the Volkswagen concern. However, the rights to the Rolls-Royce name were owned by Rolls Royce Aerospace. That in turn sold the name to BMW.

The 2003 shares about 15% of its parts with the BMW range. A perfect combination if you ask us; engine BMW, the beautiful style and class of a Brit. BMW tapped into a separate dealer network specifically for the launch of the Phantom. They wanted to avoid the same mistake made with Mercedes earlier; the Maybach was seen as the ultimate Mercedes.

The 2003 Phantom has a 6,750 cc powerplant, which is a nod to previous Rolls-Royce models. This time it was a BMW engine with 12 cylinders, which brought with it 453 ornamental horses. The Phantom is a statement of luxury and comfort. After the electric closing of curtains in the back (side windows and rear window). Driving this car yourself is also a treat. The overwhelming torque and ultimate suppleness make for a fantastic driving experience.

Our Phantom is in amazing condition. The car has only covered 37,000 miles, which is reflected in the impressive Blue Velvet paint. When your driver opens the car for you, you are welcomed by the pristine Cornsilk leather interior. This sounds lovely, but you should know that Phantom leather is only made with bull leather. The car has just had a major service for over 12,000 euros, making it 100% again in every way. This Phantom with its condition, mileage and right color composition this is the right time to surround yourself with British beauty and German engineering! Say driver, are you coming for a quick spin? Mister is already sitting in the back.

” When things don’t happen right away, remember it takes 6 months to build a Rolls-Royce. 13 hours to build a Toyota. ” – Rolls Royce